It may come as no surprise to anyone that the number of drivers using alcohol or drugs or a combination of both has increased steadily in the past years. You should also know that drivers who get pulled over for that reason face serious consequences that could impact their lives for many years to come. When this happens to you, it is vital to reach out to an Orlando DUI lawyer who can help you fight for your rights and build a strong case for your defense.

Having legal representation is the best action you can take. Otherwise, here are five things that may happen to you when you get a DUI. 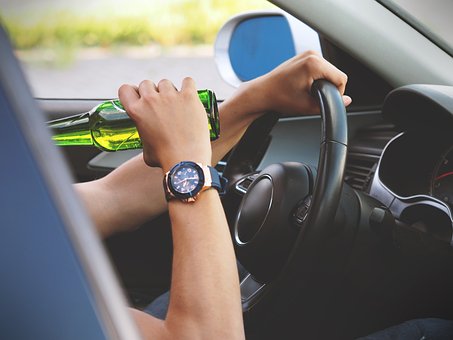 You Could Spend Time in Jail

When you are convicted of a DUI, jail time may be in the picture. How much time you would spend in jail depends on the severity of the offense and on the laws of the state where the DUI is issued. In some states, you may get handcuffed right away. In others, you may be taken to the station for a breathalyzer test before you are officially arrested.

Being released from jail will depend on the court and on the bail schedules but you may also be held until your arraignment which could be a few days away.

You May Lose Your Driver’s License

In many states, being charged with a DUI goes hand in hand with an immediate license suspension. You may be issued a temporary license that will be valid for a certain period but you will have to go through the process of getting your license reinstated fully to be able to drive again in the future.

The license suspension is again dependent on the severity of your offense and on whether you have had any prior DUIs.

You May Have to Pay a Fine

If you have ever had to pay a fine for a traffic ticket, you should know that the fines associated with a DUI are much higher. You may also have to pay jail time, court costs, and other expenses that come with an arrest.

If this is not your first DUI conviction or if anyone was injured because of your actions, the fines will increase. If anyone was harmed, you may also be facing a civil lawsuit or you may be ordered by the court to pay restitution to the victim. You may also be charged with child endangerment if a minor was in the car at the time you were arrested.

You May Have to Appear in Court

A DUI means you may have to go to court to face charges. At that time, the judge will hear your case and decide whether you are to blame or not. The judge will then decide what your sentence will be. This is when an experienced lawyer by your side can make all the difference.

Your Insurance Premiums Will Increase

Your insurance rates will likely increase after a DUI arrest. Depending on the charges, you may find that your insurance company no longer wants to insure you since you may now be considered a high-risk driver who may be more likely to be involved in accidents.

Other consequences of a DUI may involve you losing your job and having difficulty finding another one. You may also have a hard time finding a place to live, may be ostracized by your friends, or may not be admitted to the educational institution of your choice. What’s more, a DUI can stay on your record for years and may even be there for life.