Ute canopies are handy and stylish but that’s not all there is to them. Much like a book that’s been left on the shelf for decades gathering dust and mites, the appearance of the thing is not as important as what is contained within. Ute Canopies are endlessly useful additions to utes, especially since many people who have utes are people transporting a lot of gear or equipment. Everything about a ute can be enhanced by the simple addition of a canopy. Despite some expense (depending on what kind of canopy you get) you can rest assured that your money is well worth it.

Although utes are handy, they’re not the most beautiful vehicles, and if you’re using your ute more as a family car than a work vehicle then maybe aesthetics are more of a priority for you. Some people find the “incomplete” look or utes unappealing, and if this is the case with you then you may consider a canopy to make your ute look more like other cars. The addition of a back end onto a ute can be the inspiring point behind many people purchasing a canopy, opting for the cheaper, more light-weight options like canvas and such. However, these people will be delighted to find that their once aesthetic decision has rendered several very practical benefits. 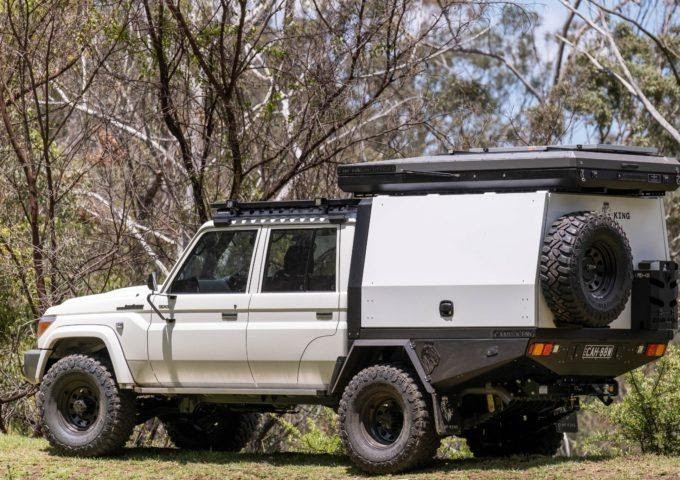 I don’t know about you but the whole ’15-minute powernap’ thing makes me uncomfortable. Yes, the powernap is a great tool to refresh yourself on long trips and it’s doubtless saved many lives. But personally, when I pull over on the side of the highway to nap because I’m drifting at the wheel, I always feel like the cars rushing past me are peering in, watching me sleep. Also, sometimes the sun is in a mighty unfortunate position and I can’t get to sleep anyway for the glaring light in my face.

Sleepy drivers aside, there are plenty of people who find themselves having to sleep in their vehicle for one reason or another. Geologists and other site-workers often find themselves treating their car like a mini-hotel stay. And often they don’t have the benefit of a public place and broad daylight, they spend all day working in the field and then retreat to their car, in the field, at night to sleep.

I don’t know about you but I know I’d rather a sturdy canopy with locks over my head rather than just my bare car. A canopy provides shelter over the read half of your ute, and if you are a site-working profession that frequently has to camp out in your car, then a canopy can be a great source of security as many are very hard-wearing, some have windows, and some have extremely strong locking mechanisms.

Possibly one of the most economical reasons to invest in a canopy is that the very presence of this addition to your ute, protects your ute! The tray in a utility vehicle is probably the deciding factor in people buying these cars, but exposed to the elements the tray inevitably wears and can become weak. A canopy provides a shield against the elements and against the effects of blown-back debris and detritus while driving. A canopy is, in itself, an extender of your car’s lifespan and functionality.

Possibly the most popular reason for people buying canopies for their utes are that they simply just increase what your ute can do. Most people that use utility vehicles are people with a hands-on profession, tradies, farmers, and the like. These people have to frequently transport large and heavy loads, as well as the tools of their trade. Not only do they have to transport them, but they need to be stored well to prevent damage, and require protection against thievery.

A canopy can do all of these things. Aluminium canopies are heavily resistant to damage and also extremely resistant to weathering and rust. Many of these canopies are built with tradies in mind, and so come outfitted with storage compartments, tool drawers, racks that can be used to hang things on. Not only this but a storage canopy increases how much available space there is to store things. With the addition of a canopy, you have something that the back end of your ute didn’t have before, walls and a roof. This makes the storage capacity higher, thereby increasing its overall volume, meaning you can store much more in your ute with no risk of it falling off while driving. Also, if you’ve done your due diligence concerning the safety measures of your ute canopy, then you needn’t worry about thieves breaking into your ute and stealing your valuable tools either.

Opening a Canopy of Worms

It’s undeniable that a canopy offers many benefits, both for ute drivers that use their vehicles for work, and those that use them for pleasure and recreation, but if you get the right canopy for you, it can just elevate the level of what your car is able to do for you.